In the last five years, the civil war that started in Northern Africa spread over the Middle East and changed the whole geography of the region. What was left from this situation was traumas and tragic stories. Today, this tragedy still continues in Syria and in Iraq. Egypt was also one of these places that were severely affected by the civil war. Until recent times, Turkey had close commercial and cultural relations with Egypt.

The Muslim Brotherhood movement that was led by Mohammed Morsi, finished the regime of Hosni Mubarak and established the new government with the supports of different ethnic and ideology populations. But, after becoming the government, as he did not fulfill his promises of democratic conversion packages and the contracts that he gave to many others prior to being the authority, the opposition movement for his government had initiated.

His policies in suppressing the societal uprisings was far away from his initial anti-imperialist and nation-oriented attitudes. This frustrated people from many backgrounds as his government started resembling a more fanatic and radical standing favoured in the Middle East. He frightened the other segments of the society by changing the constitution with the sharia laws and its practices. While people started hitting the streets, Abdel Fattah el-Sisi’s army, took advantage of this situation and expelled Morsi from his duty with a coup and imprisoned him. As the country was sliding into a chaos, Sisi’s army continued the military service as the ruling force with the supports coming from America and Europe.

At this point, Sisi is in control of the situation and its ongoing small self-enclosed economy has slightly started to change. In the last quarter of 2017, the critical relations with Turkey have started to change for the better thanks to the EGYWOOD Furniture sub-industry, Accessory Products and Wood Processing Machines Fair.

Egypt had nearly 10-billion-dollar worth of export relations with Turkey in the Furniture industry and also in many other industries. Actors of the Turkish Furniture Sector attended this fair in Cairo to re-establish the old relations. Over 40 firms have attended either directly with their own brands or with some of their representatives. The fair was swarmed with guests since its first day. We, Ekin Publishing Group-Furniture Magazine, was also among the participants of this organization. We distributed our international magazine, FURNITURK, while chasing news reports. We discussed about the relationship between Turkey and the Egypt, the  market and its current situation with the head of the Egyptian Furniture Association Ahmed Helmy, one of the biggest salesman of Egypt, Abdullah El-Feky and also Ahmet Toy, the Turkish-Egyptian Association of Businessman and the Board of TUMOB. I believe that these discussions will help us to have further knowledge about today’s Egypt.

The Fair was a success, as the Turkish and foreign firm representatives told us so. Most of the Turkish firms have found themselves partners to carry on their works. For those that couldn’t, I think that they will continue their works in the fair that will take place at the same location on December 6th-9th 2018 in the light of their previous experiences.

The fair was moved to Turkey by Türkel Fair Organization and it was also a morale booster for the Turkish producers. Affected by the political problems that surrounds Turkey, producers have lost their influence in the region. This can be considered as a clean slate. With the total export number being approximately 57 million dollars, the import-export rates that we have with Egypt are against our favor. But I think that this situation will change in our benefit in the future times. Economic relations doesn’t like tension and revolves around soft diplomacies. The harsh and aggressive political approaches that have been applied by politicians of the world, including Turkey, unfortunately has a big and negative influence on our economic relations. Egypt is one of these examples. 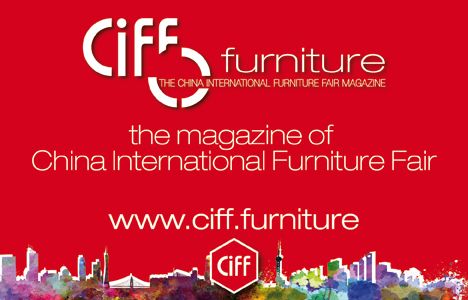 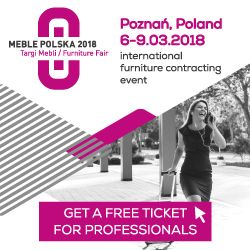